How Khatib & Alami achieve a 25% time saving in design stage with the help of BIM, as it reimagines Kuwait’s busiest highway, the Fahaheel Expressway.

THE OVERVIEW - RETURN TO THE OPEN ROAD

As one of the region’s oldest and most trusted design and engineering consultancies, Khatib & Alami (K&A) has long understood that its longevity and success in the market is largely due to its positive outlook towards sustainable best practices and emphasis on time and cost-saving technology. At the core of its design program capability is a long-standing relationship with BIM, and a corporate attitude that embraces deep technical expertise and digitalization as part of its strategy. These foundations guided K&A’s team which was tasked with finding the right solution for Kuwait’s Route 30 Fahaheel Expressway. 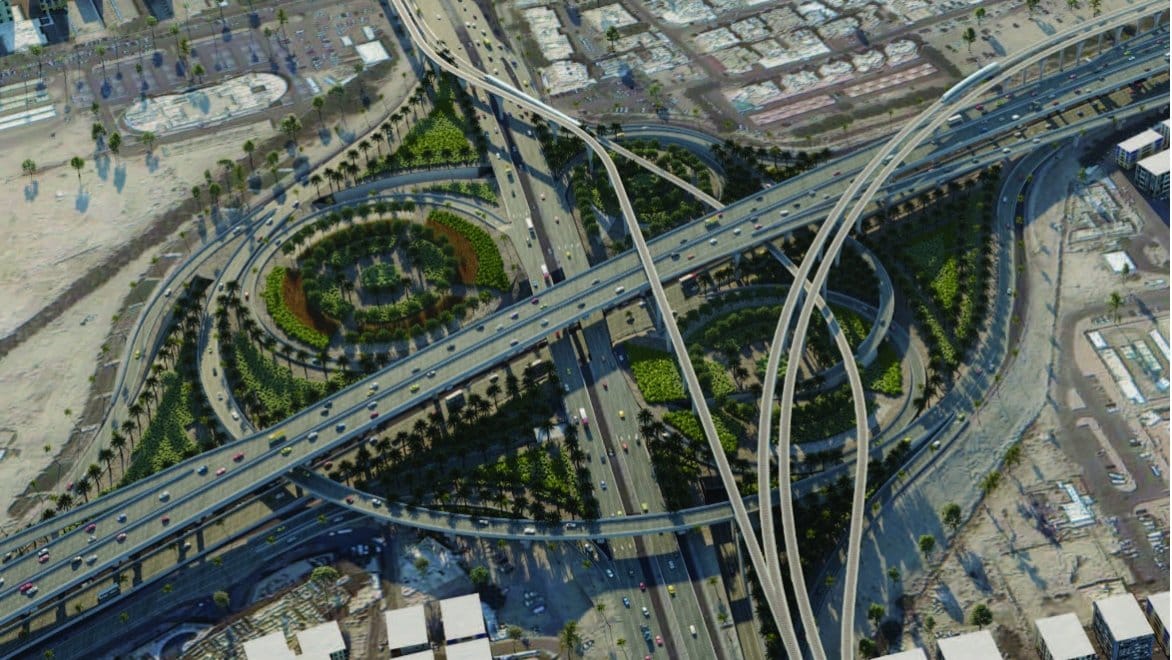 THE CHALLENGE – THREE ROUTES TO SUCCESS

Considered a primary artery of the country’s road network, the 38-kilometer stretch of highway that connects the capital to the governates of Hawali, Mubarak Al Kabeer and Ahmadi has become increasingly congested, however, with the country’s Vision 2035 on the horizon, the government decided to take steps to revitalize this essential corridor and thereby return free movement to its major roads, while helping to stimulate the burgeoning commuter and trade routes between Kuwait City and its satellite towns.

BIM -THE FOUNDATION OF TECHNOLOGICAL PROGRESS

Split into two phases, the first phase required K&A to propose three separate feasibility alternatives, which included the potential upgrade of the existing highway, the construction of an elevated highway or a hybrid of the two, and three separate feasibility alternatives for the upgrade of 22 existing interchanges. Ultimately, K&A opted for the construction of an elevated road over the existing Route 30 on a multi-span, 38-kilometers viaduct, however, this also brought several challenges.

First challenge was to produce the complete feasibility study in a relatively tight schedule, which would require a highly collaborative process between the Beirut, Kuwait and Egypt-based engineering departments, covering aspects on roads & highways, survey, traffic, storm water and drainage, dry and wet utilities, structure, architecture and geotechnical.

Second challenge was to deliver the project without disrupting movement on nearby infrastructures such as the city’s metro line and the existing utilities, bridges and pedestrian bridges as the location of the highway was in the center of a populated urban environment.

Final challenge was that the team would need to secure the necessary approvals and constantly collaborate with more than ten key stakeholders and authorities, including the Kuwait Municipality, Ministry of Public Works, Ministry of Finance and Ministry of Electricity and Water Works amongst others.

A version of this article ran previously on website. Photos courtesy of [credit]. 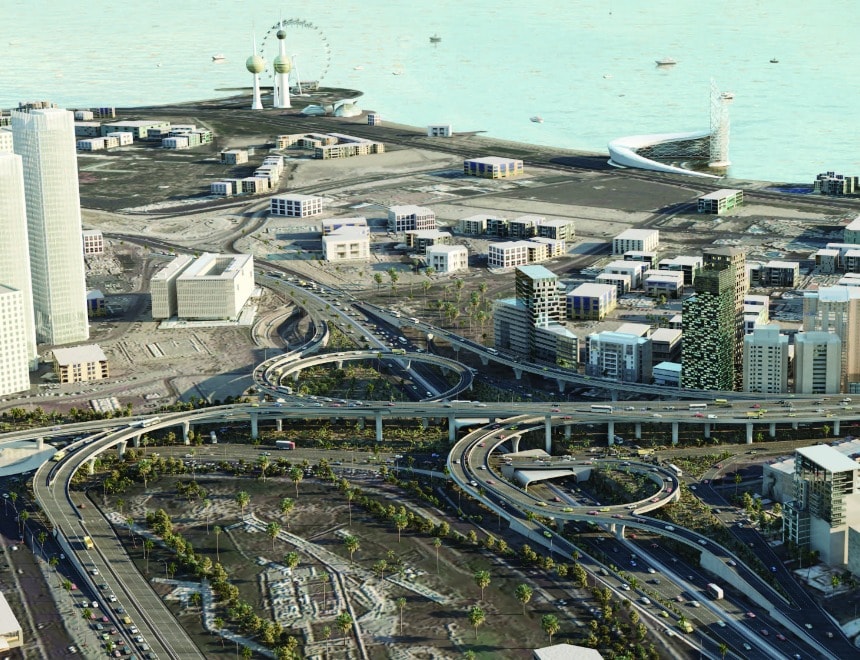 THE SOLUTION - FASTER APPROVALS & SIMPLICITY IN A COMPLEX ENVIRONMENT

K&A’s team used InfraWorks, Civil 3D, 3DS Max and BIM 360, during the feasibility study and concept design phase, to provide the client with the three best alternatives that would deliver the project on time and budget. With the support of InfraWorks’ capacity to handle large volumes of data, it became a highly useful tool for all stakeholders to utilize it as a consolidated source, leading to a more cohesive integration between departments, and providing real-time access to all necessary parties. As a project that relied on multi-regional data visualization and regular updates from various stakeholder offices, BIM 360 was essential for syncing and sharing models across all disciplines and enabling real-time coordination.

In terms of overcoming the multiple design challenges, InfraWorks enabled the production of highly accurate 3D models for each of the proposed alternatives, which allowed the client to visualize the expressway more clearly and make faster decisions at earlier stage. Supporting the design work within an already congested urban environment, Civil 3D ensured that any design conflicts with existing public services or utilities could be identified and amended at the earliest opportunity. It also aided in providing a viable, five-level solution for the interchanges which helped to work around the existing traffic while causing minimal disruption to the area’s residents and commuters. In leveraging InfraWorks shareability, the client was also able to make comments and recommend changes inside the program, leading to significant time-savings in the typical back and forth before final review. 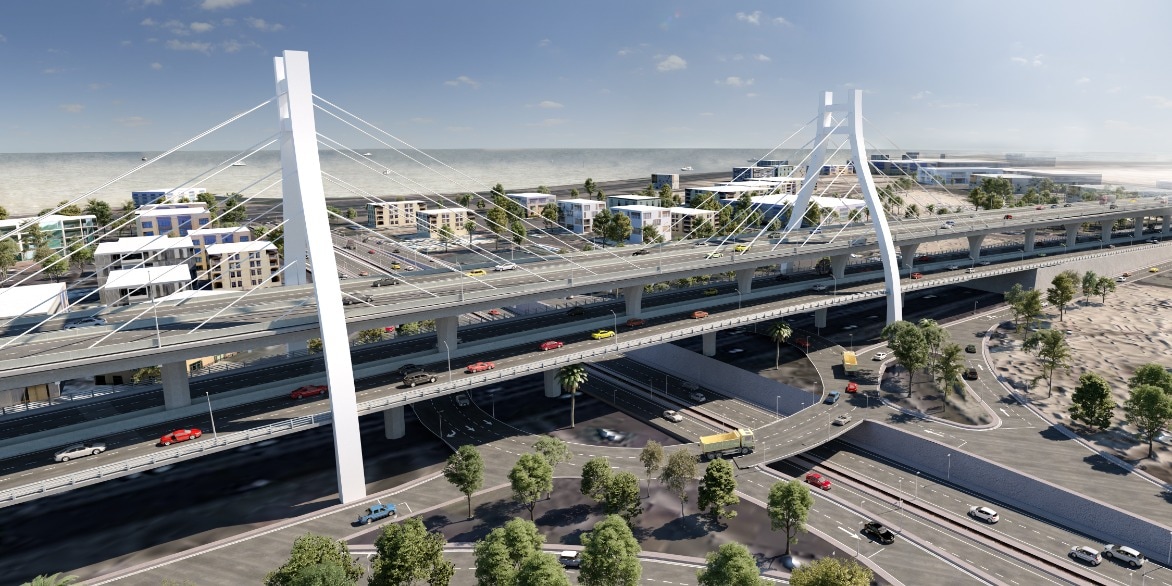 THE SUCCESS – ONE STEP CLOSER TO VISION 2035

From a high level, BIM 360 not only played a significant role in the smooth collaboration between project stakeholders but also optimized project workflows to yield significant savings, particularly in the design stage where the development of 3D conceptual and schematic designs were reduced by 25% and the coordination and approvals between the multi-disciplinary teams saw a reduction of 18%.

From a macroeconomic perspective, the overall solution provided by K&A with the support of Autodesk, will ultimately lead to improved highway safety, mobility, and quality of life for Kuwaitis.

From factories and depots to ground-breaking residences, Amana reaps the rewards of connectivity, automation and adaptability